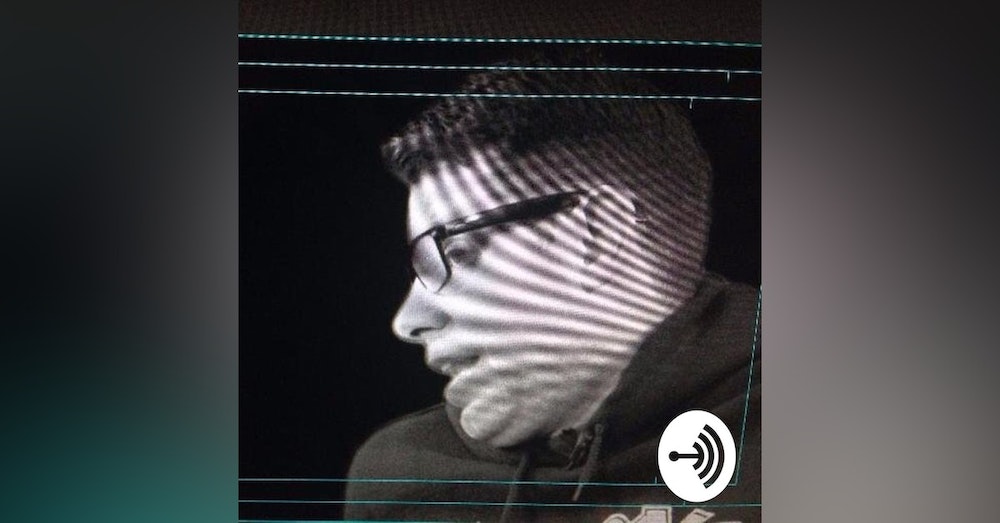 Below is a rough transcript:

Justin Finkelstein 0:00
Hey, this is Justin, it's April 1 2021, I want to do a live, walking, walking, talking, brainstorm, recording this right now on Instagram, want to move over...

Below is a rough transcript:

Justin Finkelstein 0:00
Hey, this is Justin, it's April 1 2021, I want to do a live, walking, walking, talking, brainstorm, recording this right now on Instagram, want to move over to some doing like LinkedIn lives and do it live and all the other platforms. So we'll see the best way to to be able to make that work. Right now it's probably going to be live to recording with a

Unknown Speaker 0:23
with a

Justin Finkelstein 0:25
yeah live to recording probably restreaming, unrestrained, which isn't the worst thing in the world. But Instagram is the best for the walk and talking lives from my experience. One because of the audio quality I just tried or the video quality, just tried with restream and was not able to make that one work. Let me flip this thing around here, just capture the view from where we're heading. So just tried restream and wasn't able to get the right angle, wanted to want to start creating as a sort of inside this context of working in ways that work for people. Which is a tagline I've put for a new company, right? And just haven't allowing people to work in ways that are that work for that. Right. So now, as I walk through the woods, I have a much different perspective than I would have sitting in front of my computer and having sort of the technology dictate how we operate? And what is some of the stuff that we're doing? So I'm gonna pull up some images here. I'm not sure what I've got my camera, because I was planning on going live. Something else here? What else do we have here? Boom, boom, boom. Somewhere rooms I was in? What do we got? no pictures that are worth? What are we doing? We've been in some of the ads just talk about this real quickly. So I am in a program right now, ship 3430. started by Dickie bush in November, which a great it's about 300 of us shipping 30 atomic essays, or 30 days, one a day for 30 days. And yeah, what I love about it, the writing is, is fun, right is it's very easy for me to start a video and create a video, it's easier to launch an audio message, writing is a little bit more challenging. Or a lot more challenging, I should say, too, for, for me. So there is there's a fear that comes every night. So my process right now is I write 90% of my essay the night before, and then I just ship it in the morning of the next day. And that feels, that's, that gets it that gets it going. But what's beautiful about this is it's 300 people doing something together. And there's accountability structures that are built in there's, each person has an accountability structure, we're part of pods that are called crews to be able to support each other. So the real design, you could do running across you miss them, they're the real design is for to be able to build habits in sight of community, which I think is great. I'm very into, you know, doing something 1015 minutes a day, supporting people and doing the same thing 10 or 15 minutes a day, day in and day out to build habits that have a huge knock on effect. So I really think a lot of talk about like cohort courses right now. They're very heavy, in my opinion, right? You go into a circle room, you do this a lot of live content, this is just do your thing for a period of time, support people for a period of time, and then you can lean in and do more work afterwards, but wouldn't be able to get in there would be brilliant, and get out pretty quickly. So this is my essay that I wrote, was just talking about the asynchronous piece, and thinking a lot about work and the ways that work gets done. There's a lot, you know, a lot of people going after the zoom fatigue. And I don't think there's there's two components to the zoom pieces, like the being on video, and staring at video and missing like the cues of being on video. But number two, it is it's having to be there. The big one for me is having to be there at a particular period of time, I have no idea what your energy is going to be like what the schedule is going to be like. So we scheduled I know if I've got a meeting at two o'clock in the afternoon. When I'm scheduling it, we're going back and forth, it could get rescheduled. And then I'm thinking about it ahead of time. So it's taking me out of some of the other meetings where we want to talk about what are the outcomes, what do we want to plan for it just doesn't make any sense. And it's not optimized for the way I work right? The way I work best, or the times I work best are between 5am and 8am in the morning.

And that was pretty much precludes me from working with anybody on the west coast, right? If it's if it's synchronous, and then the other thing is late at night and then different times When, when, when, you know different times during the day, based on commitments and sort of when, when the energy is right, but we can't, if we try to schedule things and have things go along, turn towards a schedule, it just, it doesn't work over over the long haul. So I'm losing it's cold out here. So I'm losing my train of thought a little bit here with this one, but I will leave down here I'm gonna see if got any other images here, really wanted to start testing out, choose a different asset or like have a look at the koleos assets. COVID vaccine number one is today, what else we got here, boom, post it notes as ways to be able to operate got a bunch of a bunch of different my wife video here. Twitter has got a lot of like, human being connections here. Party on the beach, what else we got here? Oh, this is funny.

As cool this was I went to a bookstore for the first time, that's what it was, be the person that Bob Ross wants you to be. Yeah, went to a bookstore for the first time getting some physical books. I was in a session last week. And one of the other presenters had like a library book like 1000s of books. And I was like, that's cool, right? The physical books going back to the physical books, the ones that I'm I start with audio, just to get through it the first time, typically on Audible. The one that I'm going through right now is rethinking, I think this was called Adam grants new book, pretty much through it, I don't know that it's one that I'm going to go to the physical book with, with the ones that stick, the art of impossible had been devouring that working backwards, which is the ways that Amazon works, I've been getting those in the physical form. So I go, if I can get away, and really get the value out of the book, or if it's one that was like, Hey, we're just going to do this one time and, you know, take the lessons and move on, then I'll keep that naughty Audible, but the ones afterwards that are like this one sticks, right, I want to not only be a consumer of this book and read this thing one time, but go through it multiple times and, and really learn and become what I say like, become an author of the book in the way in its current form and then re author in some of the different forms. So I'm gonna leave that one here, my hands are freezing, not the not the optimal one gloves to be out here today. It's not the optimal way to be able to work. I'm going to end this one kind of quickly. But this a little bit of a test to see we'll be the first live to live to to rebroadcast afterwards, as soon as I get home and schedule this one and rebroadcast it after so how an amazing day and thanks so much