The 500 with Josh Adam Meyers 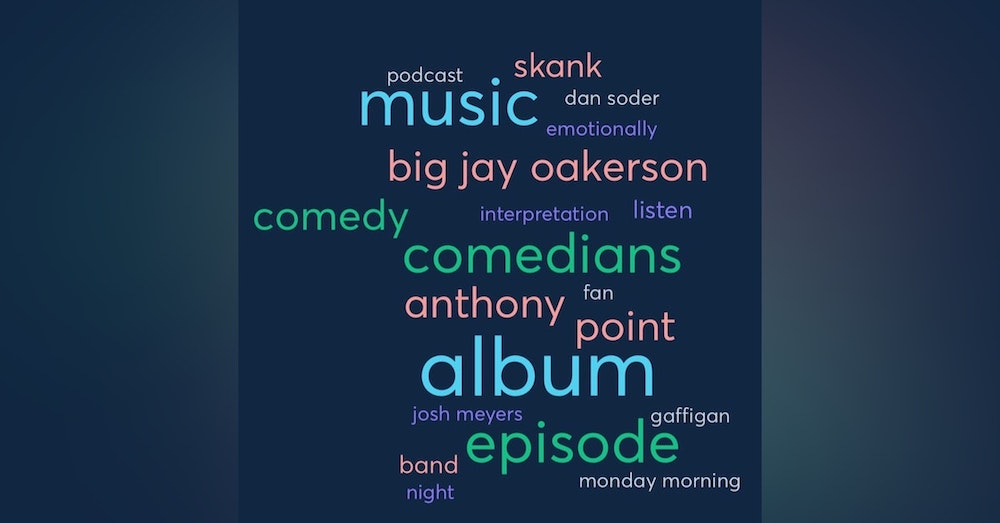 Here is an unedited transcript:

Justin Finkelstein 0:01
All right, here we go. You're doing the walk in the woods right now and sharing, listening to the 500 with Josh out of Myers he's got Anthony...

Here is an unedited transcript:

Justin Finkelstein 0:01
All right, here we go. You're doing the walk in the woods right now and sharing, listening to the 500 with Josh out of Myers he's got Anthony jeselnik on this particular episode. So, what the premise is takes the Rolling Stone list of the Top 500 albums of all time, and then go through those albums with a guest and reviews, the album.

What I love about this a couple of different things. It brings out its music, number one, which is, people have a different everybody's got a different connection to music so I big Anthony jeselnik band but I get to hear, like, you know, how is he like what music does he care about what is his interpretation of this album. What matters to him right, it's, it's a whole different perspective than we typically get from the stand up comics, which is, you know, the comedy aspect of it I also like the 500, and knowing what the parameters are that this podcast is going to sit in, like, what is the framework for this podcast which is 500 500 episodes, big fan of Josh Meyers there's also something very interesting in the.

I went to skank fest Comedy Festival in 2018 for the first time I went to go see Bert kreischer and Jim gaffigan, were there and then at the end of the night they did. Joshua Meyers band at the goddamn comedy jam, which was a, which was a where comedians get up and perform music and it just, it, it hit home, hit hard, emotionally, so I'm forever a fan but here's one other point when you are connected to somebody at work, like from an emotional high point.

You give you allow them in a little bit more and so I got to a place I usually listen to the bonfire, which was Dan soder and big Jay oakerson show on Monday morning I think they're in a contract negotiation with Sirius XM but like let me go find something else that's comedy related but not like hardcore. comedy right like, yeah, comedy related but not like the stuff where it's just like sitting to last it's comedians. chatting about some different things. So excited about this and excited to share this episode.

Have an amazing day.