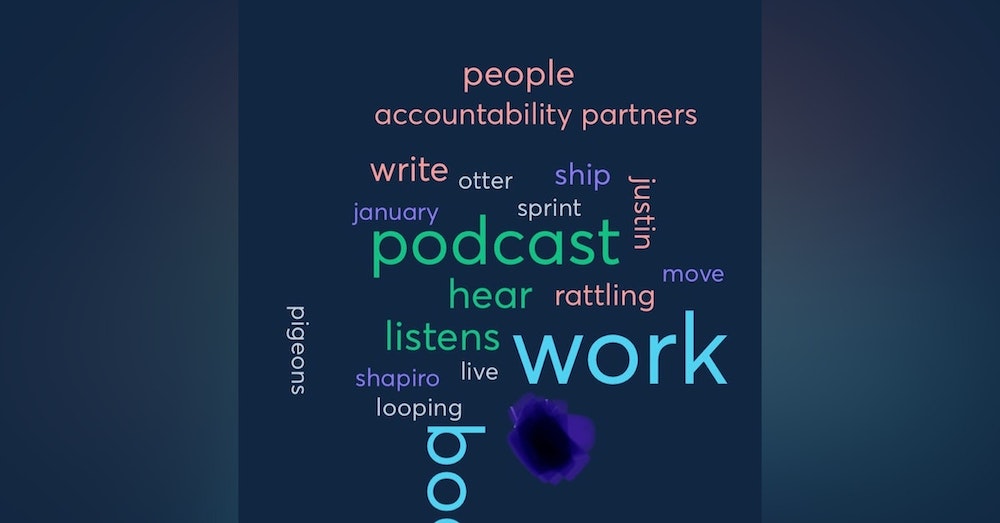 Connect with me at Yac.com/JustinF

0:00
Hey this is Justin Friday morning January 15, and just got the inspiration in Russell challenges one funnel away. 30 day challenge right...

Connect with me at Yac.com/JustinF

0:00
Hey this is Justin Friday morning January 15, and just got the inspiration in Russell challenges one funnel away. 30 day challenge right now and we started going with accountability partners on Monday, and I reached out to a guy just to say hello, my name is Steven Shapiro, who does a lot of the same work I do inside of the innovation space and inside of that he shared with me that he was able to produce a book in a couple of weeks. Two weeks and I've been wanting to write a book for a while. I think it is a I speak about a lot that books are people's access like like you need some expertise to be able to write a book and it is, and it also takes some work to get a book over aligned way that way that's consumable He's like, Look, I know how to get a book in your hands in two weeks to be able to start having people, you know, read it and edit it and look at it and all that good stuff.

I was like cool let's do it so we started that yesterday and we're off to the work. I had a meeting with my friend Brennan Decker yesterday and I asked him at the end of it I was like look like if I were to write a book just for you based on what you know about me, what would you, what would it be called and he said shipped shit, and it's just like means a couple of different things like ship it like put it out the door and I know that's like MVP and there's a lot of language about that. But what I mean is like really ship shit I've sent audio message out there they're complete blanks. I've said audio messages, I've sent podcasts out there that are like you can't even hear what's actually going on the audio quality on this one might not be good I'm just required recording this on my iPhone right now. And when people actually hear this in the Ross forum, it might not be good.

When you see this like in the podcast form the transcripts can have typos in it I'm going I'm recording this on otter directly and it's not going to make sense, originally as is, but I'm putting it out there because if it is if it lives as an idea rattling around inside the head, it doesn't do anything and it doesn't make a difference it's just those ideas rattling around inside the head, they just keep on looping around. And if we have multiple things that are occupying our mind at this point in time we're completely failing and getting paralyzed so I put my ideas out there and they're done, and then one of three things happens.

Maybe it's one of four things I don't know what the number is. I put it out there and something amazing happens like somebody listens to it and it changes their lives in some way i'm not saying like they're live is 100% transformed and everything's different and, you know, say pigeons and that does get released and all that stuff but it has some impact on them. That's great. People listen to it and just another thing that they do during the day which is cool right people are gonna waste some time on some other stuff. Nobody listens to it. that's really good feedback right nobody listens to it.

Is there a distribution issue, are we just putting out real crap that people are working on AI and then what happens there there's from my perspective. That's exciting. I want to do more work with that. If we want to do more work with that we move into a sprint and Sprint's can be five minutes right like ship shit right what can you get done in five minutes, then improve that thing that you worked on a little bit, and then maybe you spend 25 minutes 25 minutes to significance that's the Pomodoro method for me that's the amount of time that I could focus on one task. You know, for a period of time just the way that I work and then it was just like at that point in time if you get some momentum you move on to something else.