Brainstorm on Art of Impossible and Andrew Yang 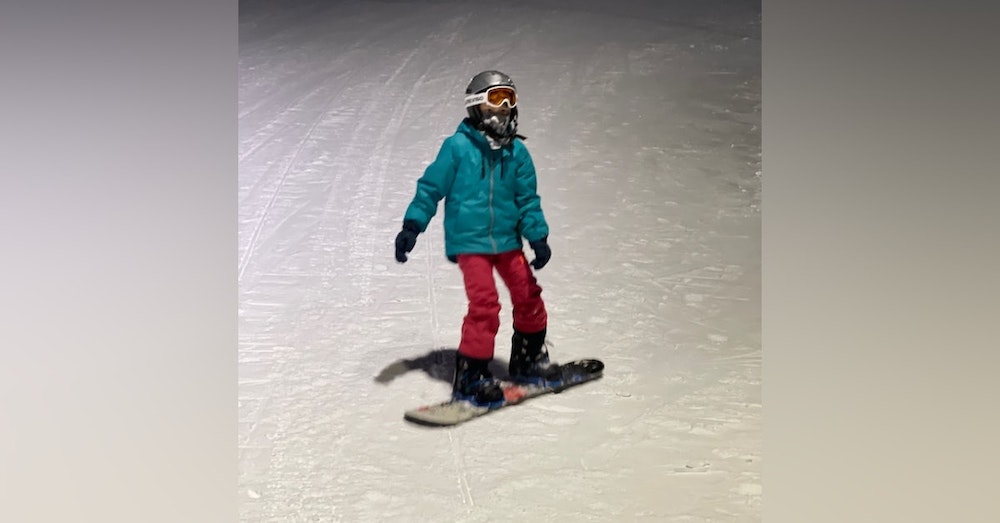 Justin Finkelstein 0:00
Hey this is Justin it is Monday morning, January 25 happens to be my mom's birthday today. And this is gonna be a little brainstorm, as we're walking in the snow to get some ideas that are...

Justin Finkelstein 0:00
Hey this is Justin it is Monday morning, January 25 happens to be my mom's birthday today. And this is gonna be a little brainstorm, as we're walking in the snow to get some ideas that are rattling around inside the head outside the head in a way that they can potentially be useful, probably move on and do an Instagram Live in a little bit, go out to live, to create a video that my time it's like dealing with the otter like doing it via audio the whole idea of this is, we take this, this conversation which is a random brainstorm.

See what ideas start to pop out talk for 20 minutes 30 minutes, 10 minutes whatever however long it is, while walking in the snow or walking in whatever way and then seeing what ideas actually come about it and then just adding it to our knowledge base, so things I'm very excited about right now the art of the impossible Steven Kotler book, which is a systemic way to be able to start to achieve. Impossible results. So I'm excited about that one. And for a bunch of different reasons, but primarily because of the, the, being able to break down, impossible results and it starts the thing I've been doing is a daily one pager that I complete that I know myself as somebody who gets my work done. Each day, and I'm just vigorously moving in the direction of getting my work done. Each day and checking off nine or 10 items however many It is, yeah. Each day, some are easy, some are hard so I'm a little bit more challenging. Some are focused or unfocused but fun way to be able to play into me I'll make something work I'm also very excited about. Speak AI is sort of the knowledge engine behind the analytics behind some of these ideas might be a place where we just have conversations and the analytics start to tell us where the opportunities are inside of those conversations and what can. What can be created what can get built in those conversations so excited about that one. Excited about what else just lat long walks and talks and picking messages like this and helping to start like surfacing new ideas and starting to integrate integrate other ideas that we're starting to have but want the data to tell us which data to tell us which direction that we need to go, and then where the focus would be and where the biggest opportunities are yep so it's a database approach to be able to see where the biggest opportunities are.

And then, then we're just off to the races we're just talking right. We're yakking, we're yapping just talking sharing our thoughts and then that leads into impact that leads into mobilization that leads to dollars that leads to connection that leads to creation that leads to things that are actually built right but we got to build the systems on the outside to start to let that happen. Also very house forget the apps name. Let me capture it real quickly here reach the app that Andrew Yang is using for his campaign right now. Yep, the act yes the app that he's using for his campaign right now to to get the day started and might start building out some like doing some stand ups in the morning, doing some that morning ritual some accountability stuff to keep people going as we're doing the work right just building a whole innovation, innovative ecosystem around, around that work and around some around some of the stuff that yeah what he is creating and mobilizing people so it's a ton of fun. And I'll tell you here so here's my experience of it so far, how I got you know I was like. So Andrew Yang heard about Andrew Yang. Heard interesting guy universal basic income was like that makes no sense, people attacking tackling universal basic income, listening to him.

Listen to him on Joe Rogan talk for three hours and I love about Joe Rogan's podcast is somebody goes on there, like you either know they're. It's BS. They get proven to be, you know, Bs, or, it starts to make sense and he was able to explain to me over a period of time. What was, you know, what was great about universal basic income didn't really pay that much attention to the presidential campaign after that came back again. He went on Chris Jericho his podcast, and lots of interesting I listened to her on Thanksgiving Day I remember, I liked Chris Jericho podcast right and so I started to listen to listen to a chapter, Chris Jericho his podcast and it's something very interesting. the people I listened to from a political perspective, are the people that get me from an entertainment perspective, and I just like I listened to Dave Smith's podcast part of the problem. He's a libertarian would have never thought to go down that road, but how I found them he's on Legion skanks, and so we get to the entertainment so again comes back into my into my conscious mind through entertainment.

Through entertainment and yeah so that was like Chris Jericho podcast and he explains he was like, here's what it takes to get on the ballot to be president I remember what it was, it was like 10,000 signatures or whatever it is right he like he's got a very systemic and pragmatic way of like, explaining things that would be over complicated so like I could get on the ballot for president right I felt like I was I want to, I pretty much know that I don't want to but but like I have the path to be able to do it and that's what that's what I love about how he operates so let's hear about it. You know becomes interesting. Listen to what Jericho becomes exciting again. And then the next phase. Come. Alright, he's running for mayor. That's interesting because you know we're looking at for New York City like you know what the schools look like so now starts getting closer to home. And so then I see, I see on Saturday. He was doing a session I found on Twitter with Lucy Lowe went there, what was the opportunity, have to do is go to the website.

Join the campaign opportunity to donate donate a couple dollars to the campaign, but understand fundraising for campaigns, I'm sure it can get explained somehow, like I'm not gonna donate a ton of dollars to a campaign I don't get it. I don't understand why it's important. I just know that people say it's important, right, like campaigns don't even seem that like, it seemed like a waste of time it's like job interviews. Let's just go with a systemic way of seeing who should lead yeah I don't know. So that was like, but investing, too much into campaigns doesn't necessarily make sense but I'm sure there's an empowering reason I'm sure I'll understand campaign finance at some point in time, or like why it's necessary but anyway. As I can tell that time.

I'm not going to give a ton to the dollars to man opportunity to sign up to volunteer. We've got an event that was yesterday Sunday January 24 I was like I haven't registered for this. Like I don't love necessarily attending a sinker I just want to know what I need to do like now. But you know probably orientations probably good. So I go kind of listen to it. cattaneo took notes during it and like saw some of the things I potentially want to plug into, but then there is this reach app that they've got which is absolutely incredible, which shows like. Here are the results that we're trying to drive. Here's you know is pulling people about what they're doing. They did pull. Yeah, it's just an excuse. Now that I'm thinking about it. It's not an excuse. It's not the orientation is an excuse to get people's information, it was like where people could not.

I'm not saying in a bad way I'm saying in an empowering way right like you can send out a poll to people, but they might not take it they might not be focused and might not matter but when they're in an event, they're more committed group of people to be able to work there were some polling that happened during the orientation. I went that's a couple more calls to action. During the orientation so what so what were so I plugged into that that was cool. There is a reorganization is a slack group is a slack group that we can plug into to see what what some of the. The options are to work with and then, what was the other piece the yeah yeah so there's like, there's like systemic ways to be able to, oh sorry there's audio play in the background there's systemic ways to be able to plug in like if I've got the whole name of the game is if I if I've got a minute if I got 30 seconds if I've got some gas time.

Look, I can't stop everything that I'm doing to do something right and I plan something out that's big and I was just like, people are into too many different things right so we got to get them, like in the simplest way possible like spoon feed people information that they can act on in the moment, they can make a yes or no binary decision, to be able to act on the moment, to be able to make something work. Okay, so that's the that's the that's the interesting piece. And so alright so now I'm gonna start engaging back in with it. All right, I'm gonna come up I'm gonna put this as a podcast or why don't we do this one.